There was plenty of interest in Irish Finance Minister’s Paschal Donohoe’s latest budget announcement, and although Horse Racing Ireland (HRI) has disappointingly seen its funding cut by over €5 million for 2022, the HRI hierarchy remains extremely positive about the future of the sport.

Twelve months ago, HRI received an additional near €10 million, an increase of 14% on 2020. With many racecourses having struggled to stay afloat throughout the global pandemic, the extra funding was used to help those venues who had been starved of racegoers and whose annual revenue was wholly reliant on footfall. By contrast, The UK response was through a series of low interest loans, although the furlough scheme was widely used by racecourses as well. The British RCA’s proactive response to the Covid pandemic has been marked out as a market leader against other racing authorities’ response to the problem, enabling racing to begin again in July last year and for spectators to return in normal numbers before any other racing jurisdiction. 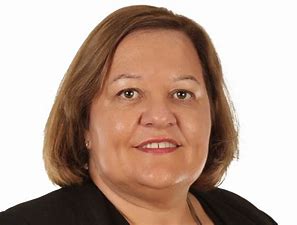 Although HRI had been hoping for yet another increase, the Irish government is understandably keen to tighten its belt ahead of another uncertain twelve months. Despite this, HRI chief executive Suzanne Eade admitted that they had pushed for higher funding due to the sport’s success amid the COVID-19 outbreak. Figures released earlier in the year pointed to growth in the industry during the first six months of 2021 with racecourse attendances, the number of horses in training, as well as field sizes all having increased during the first half of the year. With the number of fixtures at an all-time high, the sport currently appears to be thriving and this has had a knock-on effect on both employment and betting. Tote pool betting saw a significant uptick compared to the same period two years ago and the combination of additional meetings and bigger fields has allowed Irish horse racing betting sites to offer extra places and more competitive odds on an almost-daily basis.

Prior to the COVID-19 outbreak, HRI had been working on a five year strategic plan which was largely reliant on an increase in government funding. As a result, the proposal may have to be revised in the coming months.

Although tough choices may have to be made, the HRI board remain committed to delivering their goals. Eade has reiterated that “we’ll make choices based on what’s going to deliver the most for the industry”, although the full extent of the revised program isn’t likely to be officially unveiled until at least January 2022.

One of the more high-profile ongoing projects is the development of a second all-weather racecourse in Ireland. Currently, Dundalk is the only Polytrack course in the country and remains the only dual purpose horse and greyhound track in Europe. Having opened in 2007, the floodlit venue allows racing to be staged all-year round and HRI is believed to be keen to have a similar resource for those trainers who are based in the south of the country.

Tipperary was selected as a potential location for a new all-weather track, with a complete redevelopment of the racecourse including a start-up facility for trainers. Although the turf course is expected to be retained for National Hunt fixtures, the project is likely to be a costly expense for HRI and it remains to be seen whether the latest budget cut has a negative effect on this significant rebuild.

Many flat trainers have been sending a small pool of runners across the Irish Sea to take their chance at UK all-weather venues such as Southwell, Wolverhampton and Chelmsford, however, a second floodlit track in Ireland would likely give handlers the opportunity to race their sprinters and middle-distance specialists during the long winter months.