Williams not to be denied in Current Mood

Reading the papers this week, one could be forgiven for thinking the world is going to hell in a handcart. Budget worries and fisticuffs with the French over fish in the UK, pushing for measures against global warming from reluctant world leaders in Glasgow, and dramas in cricket after Yorkshire’s demonstration of how not to handle a racism complaint all set a mood of confusion. 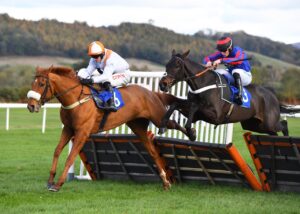 So perhaps it was entirely appropriate that Ludlow’s most valuable race of the day, the G C Rickard Ltd Introductory Hurdle, was won by a horse called Current Mood, trained in South Wales by Evan Williams, a handsome 3l winner of this valuable event. Current Mood seems a progressive horse, and he’s clearly enjoying his racing presently; to date, no-one has put him under serious pressure. That’ll be something to savour down in Llancarfan. 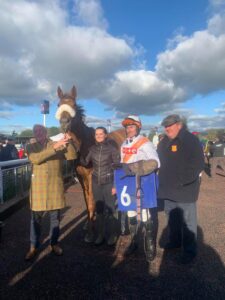 Another youngster successfully making a mark is juvenile hurdler Tease and Seize, who eventually ran out a comfortable winner of the Farm and Garden Machinery Juvenile Hurdle later in the day. However, it wasn’t before rider Fergus Gregory had had to take corrective action at the business end of the race, after Tease and Seize ran down the second last and wandered around between that and the last. In the event, he was able to better runner-up Barristo, a winner at Stratford earlier in the summer, from Fergal O’Brien’s Ravenswell yard in Gloucestershire, by 4 1/4l.

Sometimes the naming of horses can set them up for a fall, but there is nothing not to like about the name Heart of a Lion, and his performance doesn’t belie his name either, as was proved by a robust finish by jockey Tom Cannon to win this son of Yeats his debut chase winner in the Racing to School Novices Handicap. It didn’t look a fait accompli either, as Obey The Rules and Judex Lefoux didn’t allow him to have his own way. This was Alan King’s  25th winner of the season and one leg of a cross-card double with Nina The Terrier at Newbury. 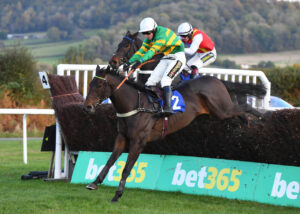 The Sunday papers have also recently been filled with Weighing Room tales of bullying and grudges in an environment generally perceived as harmonious. The chief protagonists, one Robbie Dunne and Bryony Frost, were both in the shake-up for the first, but all the aggression was kept to the track, where a tussle between winner, Sam Drinkwater’s Cup of Coffee and Paul Nicholls’ Rainy Day Woman, saw Dunne get the better of the exchange after a lengthy tussle from the second last. The winning margin of 4l does a disservice to the runner-up, who looked a bit one-paced and may improve for this debut run.

It was another Worcestershire team who prevailed in the closing  IJF Amateur Jockeys’ Handicap Hurdle. Max Young, formerly a Point-to-Point rider, is now in his second season at Little Acton Farm, near Droitwich. Ferrobin has a little practice to become fluent in his jumping, but gave Tristan Durrell his fourth winner, and Max his sixth of the term to end an excellent week: two winners in 5 days is as good as it gets for a small yard nowadays.

The Stephen Webb Memorial Handicap Chase went the way of Reve, who put the Unseat at Stratford of a month ago behind him with a resolute staying performance to give Martin Keighley his 25th winner of the season. The Condicote handler had a torrid season last time around, but hit the ground running and in this form, will surpass his personal best of 10 years ago. Cape Robin stayed on well under a low weight to snatch second, and there may be a race in him yet.