The Grand National is one of the best-known races in the racing world and close to every Jump fan’s heart. That being said, it is hardly the only one, and what’s more, a whole generation of racing fans are growing up on fantasy and digital racing games which could yet make the real sport obsolete.

Take a look at Zed Run, a digital horse racing network, then you will soon see that events like this happen every hour, and  seven days a week. Owners have to pay a modest fee, but this gives them the chance to run their horses against others, so they can take advantage of the prize money. The horses are NFTs, which stands for nonfungible tokens. They are only ever available as a digital asset. You cannot pat them, and you can’t ride them either. So what is the hype all about? 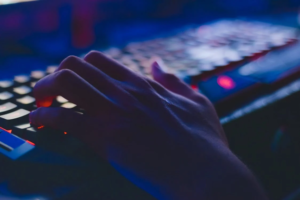 A breathing NFT is something that has its very own DNA. It can breed and it also has its own bloodline too. It has a life of its own, in the fact that it can race, has genes that can be passed on and it is also alive within the algorithm. There have been a lot of horse racing themed games launched over the years; it is not unusual for i-gaming platforms like the casino online NetBet site for example to have several horse themed slot games.

There are also many horse themed board games such as Horse-opoly, Fantasy Ranch and Horse Sense to cite just three examples. That being said, through the NFT format, no two horses are ever the same and they are classed as being assets. People are now rushing to try and snap up the horses as there have been some limited-edition drops. It is also important to know that some of them have fetched a way higher sum than the real thing. 11,000 horses have been sold so far, with more going by the day. Alex Taub, who is a start-up founder based in Miami has said that he has purchased 48 of them so far. With a lot of NFTs, you buy them and then you sell them. With Zed however, you make your money by racing your horses or breeding them.

The virtual horse market is growing

People like Alex have their own stables and are growing them. He has recently bred one of his horses as a gift for his daughter, who is five. She wants to race the horse when she gets home. She named the horse Gemstone, who has two offspring. The two foals are called Sparkles and Rainbows, like something from a doll’s house stable.

It’s important to know that with every race, comes a 12-horse “safety factor”. The line-ups are all based on the past performance of the horse and the qualities that they have. The algorithm is able to run 10,000 different outcomes and then chooses one as being the race condition. The races are streamed on the Twitch channel for Zed and they take place around the clock. Zed Run also has a discord server where people can follow their own racing results and trade tips. Users can even stream their own races live so they can repackage the virtual race for YouTube.

It’s hard to credit that something as joyous and vibrant as a horse race might become a digital plaything. After all, the atmosphere of the races cannot be conveyed across a pc to the same degree as close up. There’s no sense of smell, no rise and fall in anticipation shared between participants or spectators. And yet this type of racing is growing, and unlike the real sport, its participants – namely the digital horses – can grow in value.

This looks like something racing should keep a close eye on. If virtual racing like this is engaging youngsters like Alex’s daughter more than the real thing, then a re-set looks a must.